Events and accolades of CCHA Members around the world 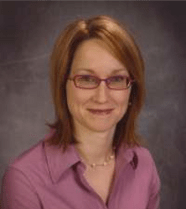 The Canadian Committee on Women’s History has presented the Hilda Neatby Prize for 2010 to Heidi MacDonald for her article “Who Counts? Nuns, Work and the Census of Canada,” Histoire Sociale/ Social History vol. 43, no. 86 (November 2010), 369-91. Her article was assessed as the “best English-language academic article deemed to make an original and scholarly contribution of the field of women’s and gender history.”

Sr Marie Zarowny SSA received an honorary Doctor of Letters from St Mark’s College in May of this year. The presentation recognized her distinguished service to the Sisters of St Anne, the field of education, and faith-based communities.

CCHA Past-President Marianna O’Gallagher (deceased 2010) was featured in a memorial article in The Shamrock Leaf: Newsmagazine of the Irish Canadian Cultural Association in New Brunswick in the Winter issue, 2010/11 edited by CCHA Member Farrell McCarthy.

Having completed his term as Academic Vice-President of St Mary’s University in Halifax, Terrence Murphy has retired from administration and will return to teaching in the Department of Religion and writing religious history.

Peter McGuigan is looking forward to the publication of his new book, Intrigues of Archbishop John T. McNally and the Rise of St Mary’s University by Fernwood.

Having completed nine years as Principal and Academic Vice-President of the University of St Michael’s College, Mark McGowan has an administrative sabbatical year to research and write on the church and the media.

Paul Laverdure, Librarian for the University of Sudbury, edited the latest issue Winter 2010-2011 of The Redemptorist North American Historical Bulletin.

The Last Grey Nun left the Northwest Territories in June 2011. The congregation had served 143 years in the region. Sister Dora Durand left Yellowknife after 30 years of pastoral ministry. Her most recent post was Trappers Lake Spirituality Centre, near Yellowknife.

On August 2011, the Franciscan Sisters of the Atonement left Vancouver after 85 years of service to Japanese Canadians and the Downtown Eastside ministry, and 80 years of service to the parish of St. Joseph the Worker in Richmond, BC. The sisters were feted by the archdiocese and by St Joseph’s Parish. There was also a special farewell put on by the Japanese-Canadian community at the Vancouver Buddhist Temple.

The Pastoral Centre of the Diocese of Nelson including the archives moved from Nelson BC during summer to the new location on Benvoulin Road in Kelowna and is adjacent to both St Charles Garnier Church and the Pandosy Mission Historic Site.

At Westminster Abbey, Mission, BC, Father Boniface Aicher OSB passed away on August 30, 2011 at ninety years of age. He was born in Oregon, entered the Benedictine novitiate of Mount Angel Abbey in 1941, and was ordained in 1947. He arrived in Vancouver to start a new Benedictine foundation. He served as the librarian for many years. He also taught English and Latin at the Seminary of Christ the King at Westminster Abbey.